Darkness.  All I can see today is darkness.  I had one small candle of hope left burning, but they blew that out on Monday morning.

We didn’t sleep well Sunday night.  We thought we knew what they were going to say, and we figured it wouldn’t be great news.  Yet, where Josh is the one who plans for the worst and is surprised by better outcomes, I am the one who hopes, hopes, hopes and then deals with the blow.  He tried to prepare me, fearing this blow might knock me out, and I heard the words of warning, but my heart just couldn’t help but hope.

“What’s the patient’s date of birth?” the secretary asked at the check-in window.

I paused.  Who is the patient?  And then I realized. “3-18-14,” I said.  We gave her our insurance card, but then Josh had to go back up and let her know that Tage isn’t on the new plan that started on January 1st.  Gosh, he isn’t even on this earth.

A nurse walked us back, and we sat in two chairs against the wall of a normal patient exam room while we waited for the genetic counsellor.  I opened the blinds to let a little light into the sterile room.  It was snowing outside, which always reminds me of the day Tage died.

The genetic counsellor walked in smiling and introduced herself.  She was kind.  And pregnant.  That seemed a little harsh.

First, she asked us to describe when we first started noticing signs that were concerning, and so Josh launched into a medical recap of Tage’s life.  I was glad he was able to speak words to describe how our baby never smiled or cried, that he rolled over at 4 months but soon lost that ability, how he never held his head up well.  Our counsellor took notes as he spoke.

I wanted to jump in and say, “But he was the sweetest little boy, with the deepest blue eyes, and he loved when I sang to him!”  But instead, I silently cried.  She grabbed a paper towel from the dispenser on the wall and silently handed it to me, but the rough surface of the paper towel did little to bring comfort as I blotted at my eyes.

She sat across from us and told us things like “inconclusive testing,” “but his symptoms and digression follow Leigh’s Disease exactly,” and “gene 2 shows changes associated with Leighs.”

“We can run some more tests, but we aren’t sure if they would be conclusive either,” she said.

Basically, we learned that humans only know the tip of the ice burg when it comes to genetics.  Just enough to do some testing, but only enough that 30 percent of it can be “conclusive”.

But even with inconclusive evidence, she said they could be sure of one thing: each future pregnancy between Josh and I would have a 1 in 4 chance of Leigh’s Disease.

Somehow, out of all the billions of people on the earth, Josh and I found each other.  We are compatible in so many incredible ways, but somehow the combination of our genes can be toxic.  How can that be when we love each other so much?  How did the two of us end up as the 1 in 40,000 statistic?  We agreed to one more test on Josh and I.  The results will be in one month from now, but we’re not holding our breath.

Watching our son die was hell.  We don’t think we could go through that again.

But that also means no more pregnancy tests, or fluttering kicks in my growing belly, or rushing to the hospital to deliver a baby, or remembering and recounting the day you were born and how the doctor laid you on my chest while your daddy beamed with pride beside me.

I can barely type these words today.  I don’t think I have ever felt such deep, penetrating sadness before.  It’s just too much to bear.  It was the final blow to my already lifeless heart.

I ache from head to toe.  My joy continually melts through my upturned fingers as I faintly ask “why?”

I had one small candle of hope left burning in what would be our future family, but they blew that out on Monday morning.  Now all I can see is darkness.

I just can’t handle anymore.  Not one more thing.  I am crumbling, Lord.  Where are You?

Bitterly, I lie in bed and cry, Why us, Lord?

What are you doing to Josh, who wasn’t even sure he wanted to have kids but then fell so head-over-heels in love with Tage, all to just take him away from us?

Have we not suffered enough?

Have we not been faithful to You?

How are we supposed to go on?

Monday night, we sat in our friend’s living room.  Josh needed to say all that he needed to say, and I sat silently across the table, stewing and hopeless and destroyed.  I stared absent-mindedly at nothing, lost in my swirling thoughts, thick tears trickled from my slow-blinking eyes.

Josh recounted the appointment, and I gave slow, single head nods.  I had nothing to say.

For thirty minutes, I had nothing to say, until in a moment of silence, Josh asked tenderly, “What are you thinking, girl?”

I felt the grip on my throat rise up, squelching my words.  Angry tears arose in my eyes.  Then finally with great effort, I heaved, “I’m just so mad!”  He kept looking at me, waiting for more.  “I just don’t get it,” I sobbed.  “God gave me the desire to have kids.  I wanted them so badly.  And now He just takes away what He gave me the desire for?…  Haven’t we already suffered enough?…I don’t want to keep living….It hurts too much…I can’t do this…I just can’t do it…not without Tage…not without children!”

By now I was hyperventilating.  Between deep, constant inhales, I said. “I just…feel…like God…has abandoned me!”

I couldn’t believe I’d said it.  But it was true.  It was how I was feeling.   My friend quickly reached over and brought my head to her chest.  Exhausted by the emotion, I worked deliberately to regain control of my breathing with long, slow exhales as tears poured down my cheeks and over my lips.

The darkness consumed me.

I can’t see Him right now, nor do I feel His presence the way I have felt it so strongly over the past few months.

I know my boat has been weathering a storm recently, but I felt safe enough in the boat, somewhat protected from the waves.

Now, desperately, I cling to a lone pier, my arms and legs wrapped as tightly as they can be around the wooden post.  My body is drenched and my hair clings to my face.

The winds roar so loudly that I hear nothing else.  The waves so powerfully pummel me that I can see nothing else, not even the post to which I so desperately cling.  All I can do is hold on.  I have no idea what will happen next or how long my tired body can make it.

The cold and the wet are permeating.  I don’t feel the sun. I wonder if it really exists.

This is the moment where I can’t go by just my feelings, though they threaten to overtake me.

You will feel the sun again.

Have mercy on me, Lord, for I am faint;
heal me, Lord, for my bones are in agony.
My soul is in deep anguish.
How long, Lord, how long?

Turn, Lord, and deliver me;
save me because of your unfailing love.
Among the dead no one proclaims your name.
Who praises you from the grave?

I am worn out from my groaning.

All night long I flood my bed with weeping
and drench my couch with tears.
My eyes grow weak with sorrow…

I know you, Lord.  You are my God, in Whom I will put my trust.  I will not turn from you, my Rock and my Redeemer, the only safe place on which to stand.  Remind me of your love and compassion, Lord.  Stand beside me, and give me strength.  Hold me in the shelter of Your wings until the storm has passed and give me rest. 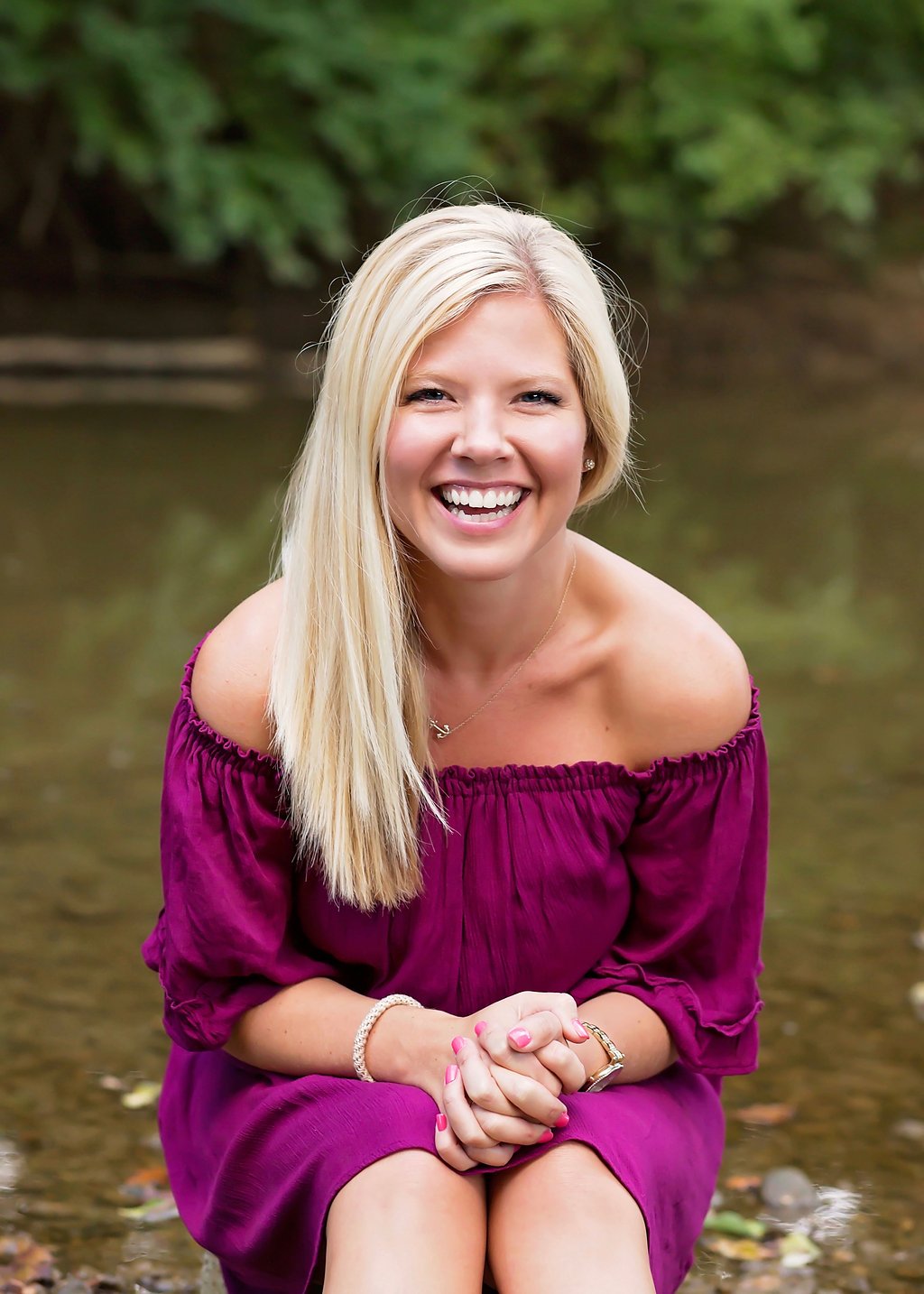